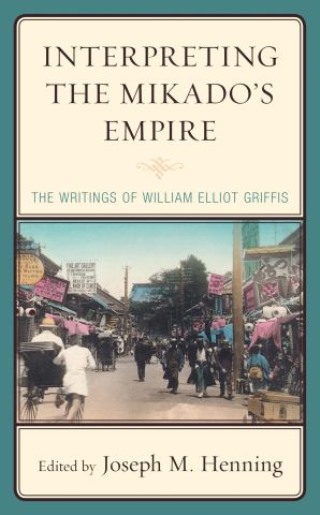 The Writings of William Elliot Griffis

For more than fifty years, William Elliot Griffis (1843–1928) chronicled a rapidly changing Meiji Japan and its people. He was unequaled in the length of his writing career and the breadth of his work, which illuminated the entire sweep of Meiji history and reached a multiplicity of American audiences. A teacher in the provincial city of Fukui and later in Tokyo, he reported in magazine essays on the last days of feudalism in Japan and its aspirations to become a modern nation. After returning to the United States, he continued to write. In dozens of books and hundreds of articles, he covered topics including the samurai class, daily life, racial theory, empire, and war. Extending his reach even further, he was a tireless public speaker and delivered thousands of lectures on Japan. He described his self-appointed task as “interpreting Japan to America, with voice and pen.” This anthology brings together the best of his writing, offering a dynamic perspective on Meiji Japan through the eyes of a colorful and engaging writer.