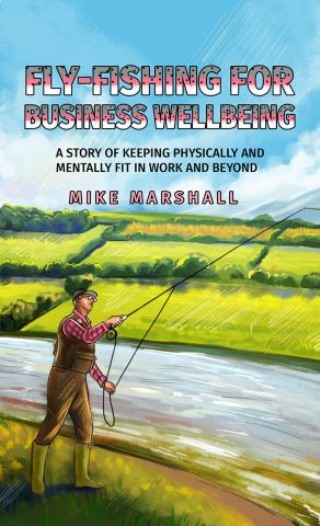 We all know that we should keep physically fit and mentally sharp throughout life and with the achievement of these objectives one ends up having an enjoyable and stress-free leisure. It is likely that this will all take place in a very pleasant natural outdoor environment. However, it is true to say that many people expend much time, effort and money seeking these desirable outcomes, often without sufficient information to know if their project is viable or not, given their personal circumstances. Sports, such as ball games, are unsuitable due to being stressfully competitive and require running which, with age, we find increasingly difficult. Games, such as chess, exercise the mind well but do not require fast reactions and are also competitive. Then there is the ‘gym’, which is usually indoors and requires boring, comparatively slow repetitions or running on a treadmill. So, having taught countless people to cast a fly and had their feedback, Mike Marshall would like to pass on his accumulated knowledge, mostly gathered in parallel with the demands of a senior management career in engineering. This is not a ‘detailed, how to do it’ book, but more a light-hearted anecdotal account of the various key factors leading to successful exploits in a wide range of fly-fishing situations. In this way he hopes to convey the fact that fly fishing, probably unexpectedly, contains all the elements required to create personal physical and mental wellbeing, but is free of the unwanted aspects mentioned earlier.

Mike Marshall: Mike Marshall was born and has lived in Essex since 1936, started fishing with a net aged five and has enjoyed it more than ever with time, particularly since first casting a fly in his late teens. National professional qualifications in both engineering and design were achieved through Chelmsford Technical College, which led to progress from apprentice to managing director of Windley Brothers. This was followed by other directorships and, ultimately, to setting up his own business in teaching fly-casting and making hi-tech fly-rods for worldwide use. As a result of his designs, he has held a number of patents in different industries, which went on to improve product performance. He has held several fly-casting distance records, written articles for sporting magazines, answered questions for Trout Fisherman’s Advice Squad and reported on Hanningfield for Trout and Salmon. Following a long teaching career, a further interest was making creative DVD’s, which best show the dynamics of fly-casting. Now in retirement, he has the time to devote to salmon fishing and is president of the British Fly-Casting Club, where all are welcome. Producing suitable drawings throughout this book also gave Mike much enjoyment.